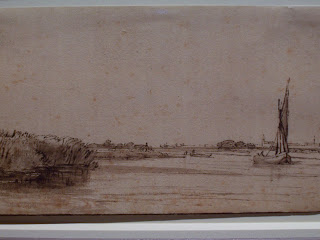 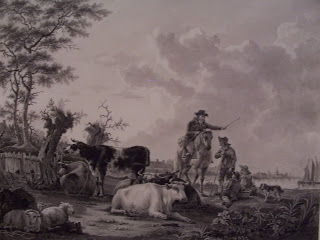 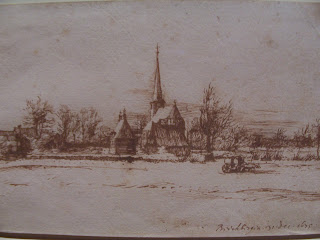 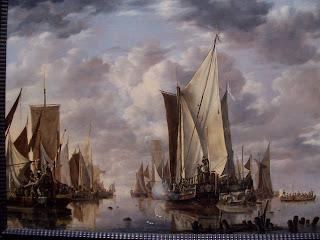 Right now, The Getty has an exhibit of Dutch drawings. It was my first time there since about 1991, long before the current buildings were put up. It was also the first time I paid close attention to the artists nationalities. I looked longer at the Dutch paintings.

Signs identifying Dutch painters said they were "Netherlandish," early on, then "Dutch" later. I read one sign that mentioned, "The founding of the Dutch Republic," but then I started wondering how a royal family showed up.

It got me to wondering about paintings. Does what you notice say more about you or the painters? I was conscious of looking for the flatlands, but the seascapes really got to me. Part of my family is historically seafaring, but I don't do so well on boats. It's a regret, even though I have no real need to be on the water.

The line drawing with the sailboat on the right is a Rembrandt. I didn't note who painted the others, but all are Dutch.